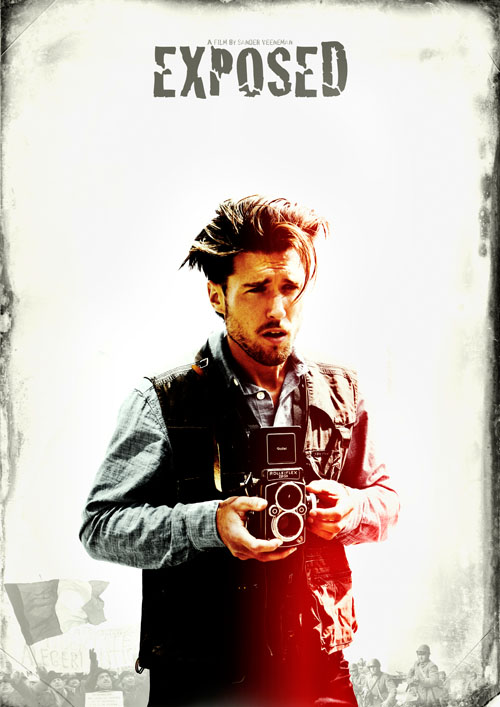 ‘Exposed’ is the working title of a film about ordinary people in extreme conditions. We are planning to shoot the film by the end of 2015, early 2016.
The film stells the story of a young photographer, who we follow between the flashpoints of the 1990s. As he builds his career and travels around the world, to take photos of people in desperate and threatening situations. He is driven by the belief that pain teaches us lessons, so he takes pictures that hurt.

Gradually, however, he becomes entangled in his own quest. Which leads him not only to discover the people he photographs and their circumstances, but also to discover himself. Eventually he is faced with a major dilemma: should he continue to hide behind his camera or should he put his life on the line to find out the truth?

Buy your Mandela or one of the other pictures

and join the crowdfunding!